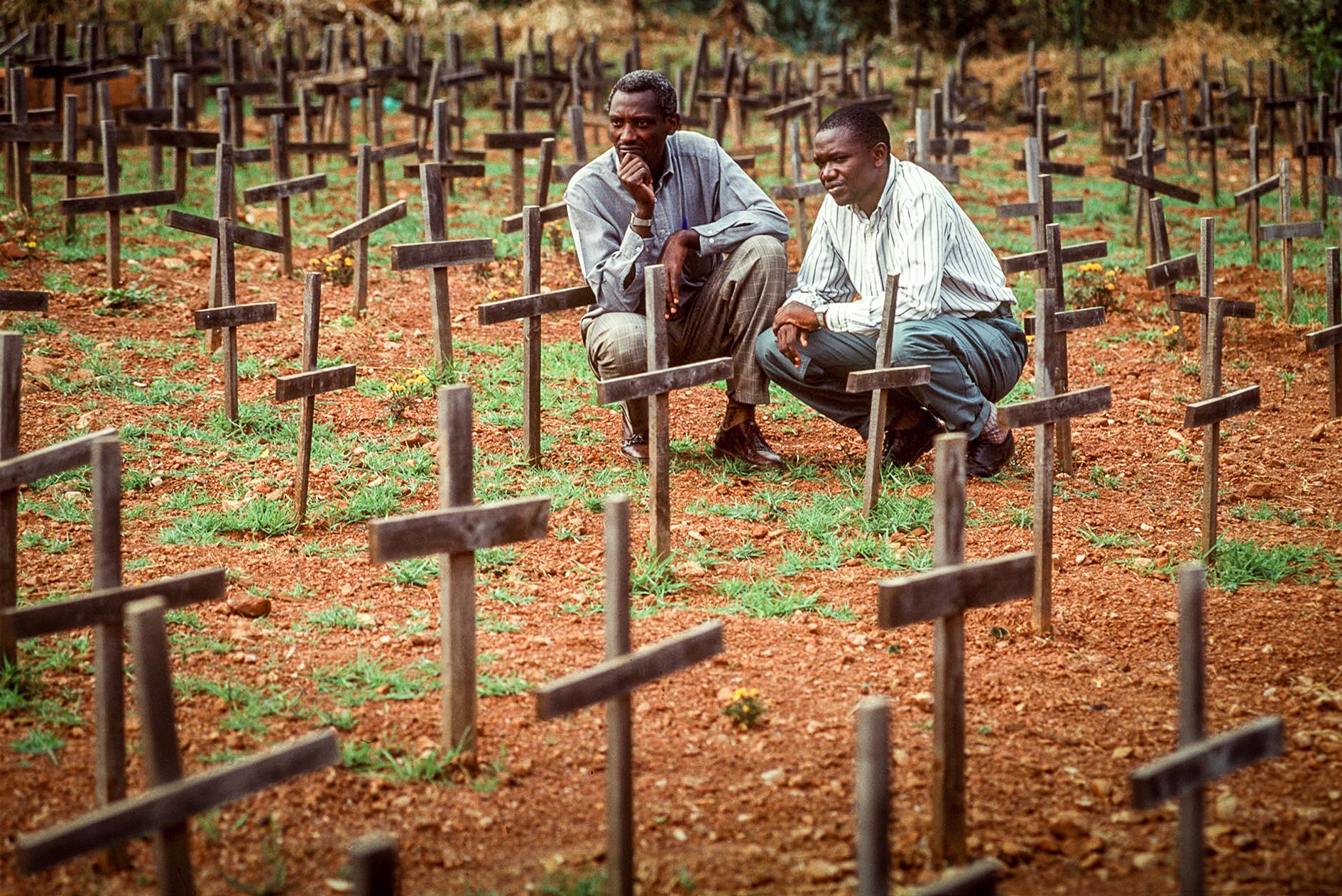 “Rwandan Reconcilers” – RETURNED TO JON WARREN 9/2001 Tutsi Pastor Anastase Sabamungu, 44, (left) and Hutu teacher Joseph Nyamutera, 34, visit a Rwandan cemetery where 6,000 genocide victims are buried, including Anastase’s aunt. People listen when these men speak. For decades Joseph’s people bitterly resented the Tutsi minority, who were favored as the superior race under Belgian colonial rule. On April 6, 1994, news of Hutu President Juvenal Habyarimana’s death in a mysterious plane crash launched a 100 day massacre led by Hutu militia. Joseph hid in his house with his wife and 1-year-old son where they watched men load Tutsis into cars and head for the cemetery. Anastase listened to radio reports of the massacres from his home in Uganda. Anastase family fled Rwandan in 1959 and returned in July 1994. He soon learned that his extended family were among the dead. These two believers have chosen love over loathing and together they are resurrecting hope and healing in this brutalized land. Africa color horizontal