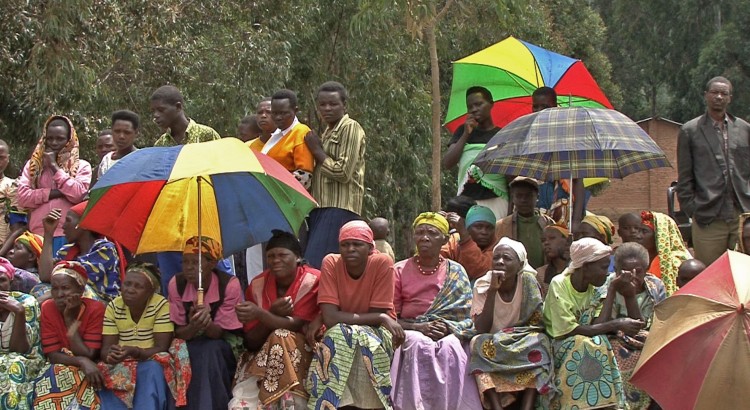 In 2007 David Fullerton accompanied me on a visit to Rwanda to film the stories of people in recovery. Over two weeks, with support from donors and some logistics from World Vision, and the guidance of three young interpreters, we filmed 28 amazing hours of story, culture and background material.

When Dave shared the footage with his partner Sally Morgan, she fell in love with Rwanda and the people we’d filmed. Using funds we raised from donors and philanthropists, Dave proceeded to create 21 short video stories introducing aspects of what Rwandan women and men had experienced.

Sally used some of the footage in her secondary school classes and found young people engaged with it. So Sally created a curriculum to accompany the videos. She called her work Vanishing Point, reflecting the human possibility that one person can hate another to the point that they wish they’d vanish from their sight. The title also reflected the way some Rwandans, who were healing the pain from their past, were finding that anger and hatred toward the offending person was disappearing.

This material was placed on the website www.rwandanstories.org where it attracted interest from people in 190 countries and, at busier times of the year, can have 3 million hits per month. In 2011, with tongue in cheek, our team of three submitted this work to the United Nations Association of Australia for its annual Peace Media awards. To our surprise we won “Best Online Media” award for the whole of Australia, beating some large teams doing good work for the national television networks.

What makes this website so popular? In 2009 Sally Morgan set out some of the principles guiding her creation of the curriculum package:

MY RECOMMENDATION: This website is worth 15 minutes of your time to listen to the hope for voices of some Rwandans. Take a look now at www.rwandanstories.org and let me know how it impacts you.